Ambassador of Azerbaijan welcomes journalists to inform about armed conflict in his country. 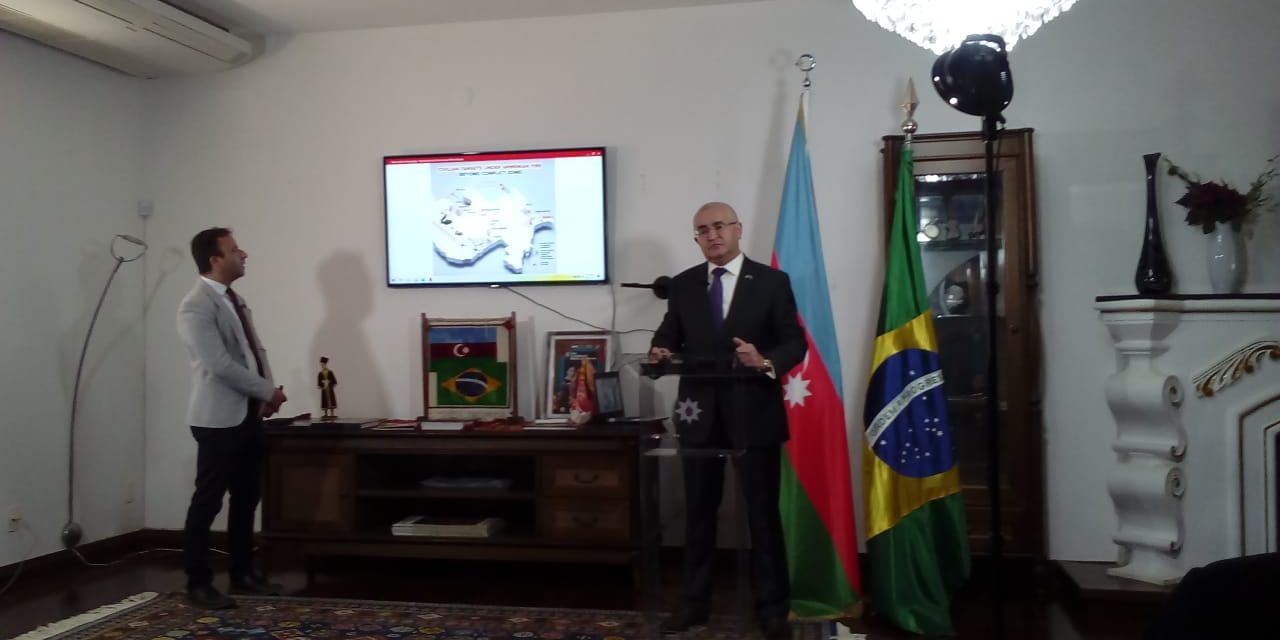 Azerbaijan’s ambassador to Brazil, Mr. Elkhan P. Polukhov, received members of the Brazilian press on the morning of October 8 to explain about the armed conflict in which his country and Armenia are involved. 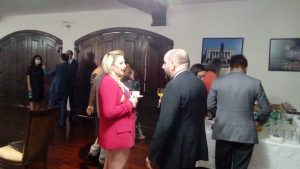 Journalists of many media outlets attended the event.

Representatives of the main media outlets in Brazil attended the event, including TV networks, radio stations, newspapers and digital media. All were received in the social hall of the embassy, where they received informative material on the historical situation surrounding the conflict and the attacks that are taking place in several cities in Azerbaijan, outside Nagorno-Karabakh territory. 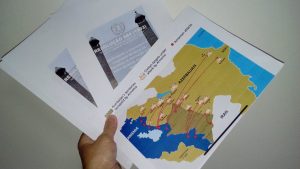 After everyone arrived, Ambassador Polukhov said words of thanks and began an explanation of the history of Nagorno-Karabakh territory. Journalists were informed of the resolutions passed by the UN Security Council, reaffirming the sovereignty and territorial integrity of the Republic of Azerbaijan. 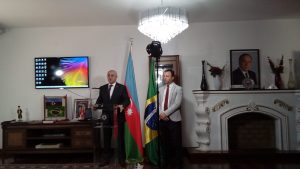 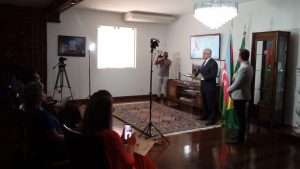 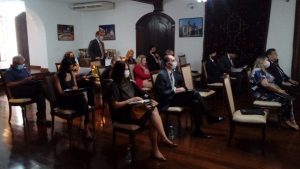 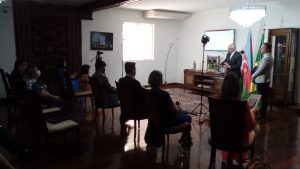 The ambassador presented videos and images of cities in his country being attacked by missiles and having citizens of all ages being killed by these attacks. He made it clear that no hostility was made by his country in Armenian territory and explained that the Azerbaijani army is not trying to take over Armenia’s territory or any part of it, but rather to reclaim 20% of its territory that has been occupied by Armenia for almost 30 years. Also according to the ambassador, Azerbaijan has preferred over the past decades to discuss diplomatically the return of its territory by Armenia, unfortunately not succeeding. At the end of the ambassador’s explanations, journalists asked questions about the topic. 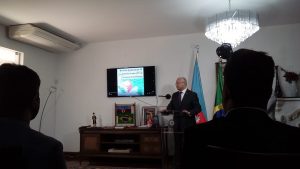 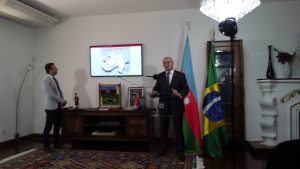 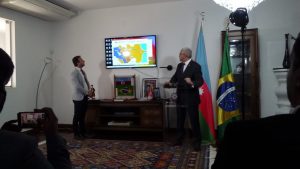 Then, they all got together at the end of the journalistic event and the ambassador and other diplomats from Azerbaijan were congratulated for the success of the enlightening event.

THE GUIDE congratulates the embassy of Azerbaijan for the initiative to inform Brazilians about the war over the territory of Nagorno-Karabakh and wishes peace to be achieved as soon as possible between their country and Armenia. 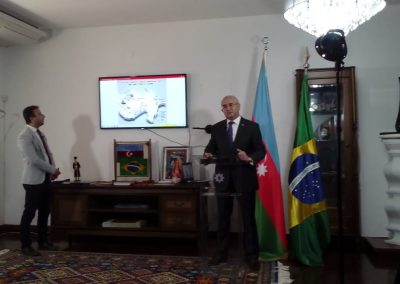 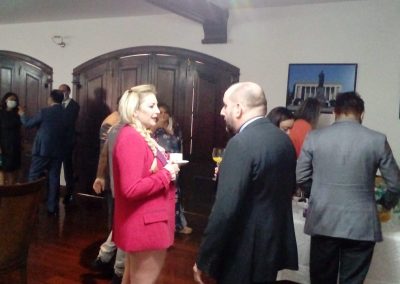 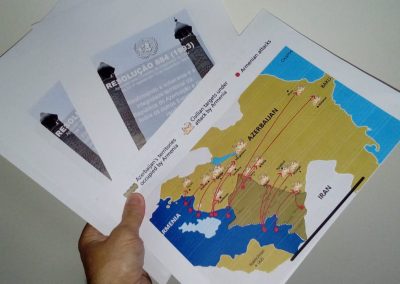 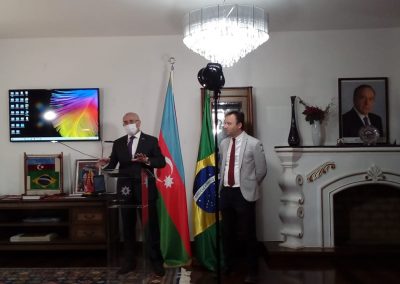 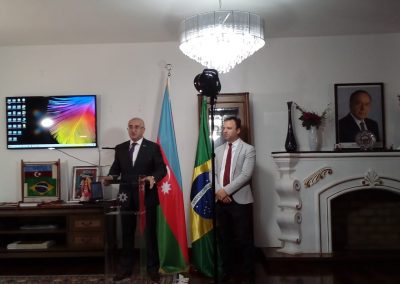 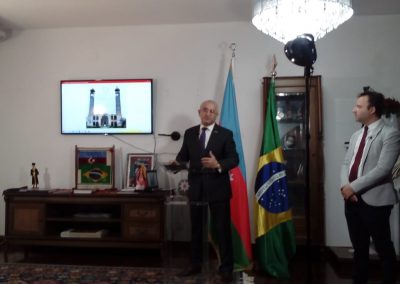 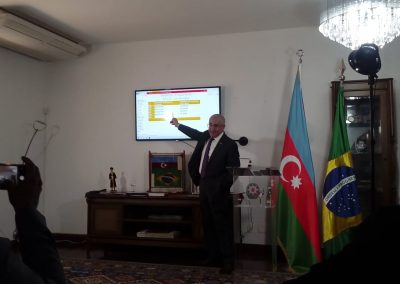 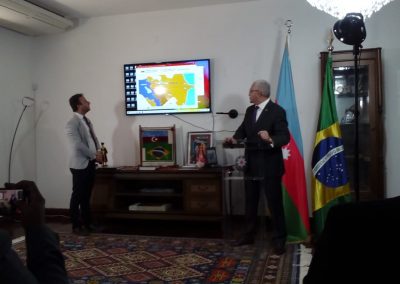 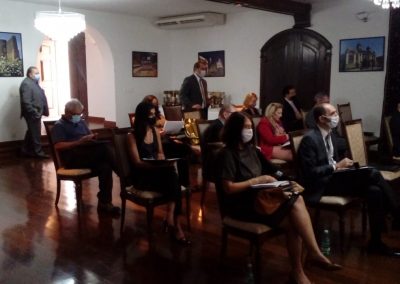 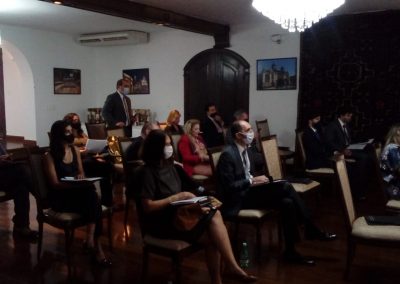 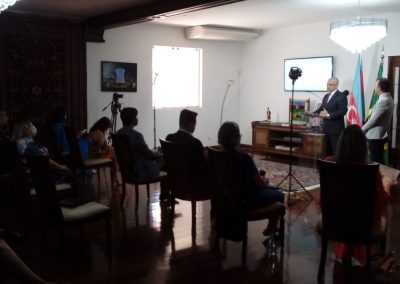 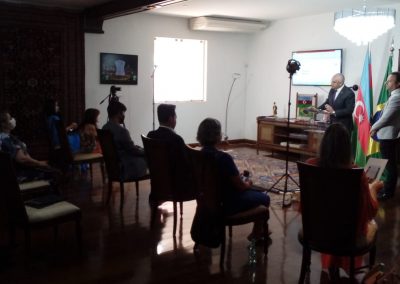 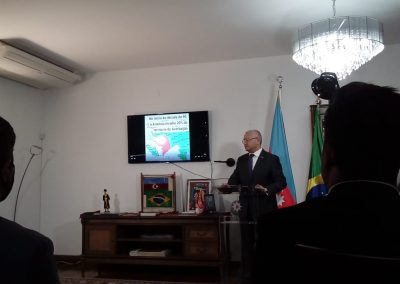 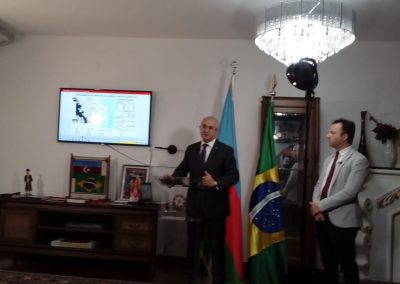 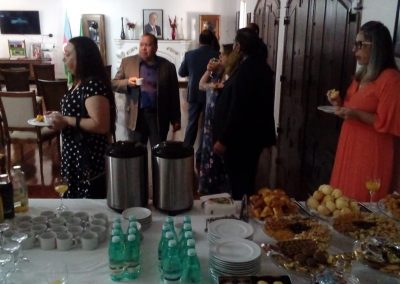