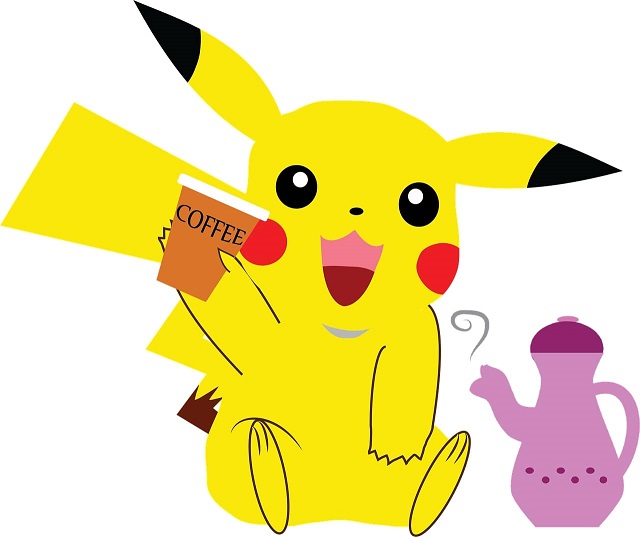 Anime are classics of oriental culture and represent one of the strongest expressions of Japanese culture, being responsible for the recognition of the country worldwide, with renowned studios and award-winning productions. The CCBB brings not only anime, but various developments in this geek universe, such as role-playing and board games, comic book exhibition, manga and much more.

There will be a total of 15 films to be screened, among major titles and rare works, distributed among the genres of action, adventure, science fiction and comedy. Some of them are: Akira, Paprika, Hunter x Hunter and Bayonetta: Bloody Destiny.

August 31st and September 1st are featured in the show with the open air screenings of Pokémon The Movie 2000 and Pokémon 3: The Unown Spell, activities that promise to bring together enthusiasts of the Japanese culture. The screenings will feature live voice acting, performed by two professionals alongside the screen. Those days will also feature a cosplay contest – held below the projection screen, dance games and comic book fair, manga and costumes.

In addition to the exhibitions, Central Cosplay will invade the Anime show with various activities, occupying the CCBB with the best of Japanese pop culture. There will be a cosplay parade, exhibition fair, RPG, quiz, presentations and more!

Check out the full schedule of activities:

5 centimeters per second from Makoto Shinkai – Rating: Free
Told in three interconnected segments, between the early 1990s and 2007, a young man named Takaki Tono and his best friend Akari Shinohara live in Tokyo. Due to changes in his father’s work, Akari eventually relocates from town with his family, but the two struggle to maintain contact through letters. Their mismatches are constant and the two eventually drift away with time, leaving only memories of moments together. New people arise in their lives, but Takaki doesn’t forget about Akari, who even with the past tense, hopes to meet her again.

Marnie’s Memories of Hiromasa Yonebayashi – Rating: 12
Anna is a very lonely girl who lives with her foster parents and has no friends. Moving to a country town, she becomes friends with Marnie, who is actually not quite what she appears to be. Their friendship goes well until one day Marnie mysteriously disappears. Sometime later, a new family moves home where she lived and Anna ends up making friends with the people there, and will discover very strange things about her friend.

Bayonetta: Fuminori Kizaki’s Bloody Destiny – Rating: 16
500 years ago, there were two clans charged with maintaining the balance between the forces of light and darkness: the Umbra Witches and the Lumen Sages. But the war between the clans eventually led to their ruin. Now, in modern times, the Bayonetta witch has awakened to resume the angel hunt, but she has no memory of her past. But the last survivor of the sages, Balder, can hold the key to all mysteries.

Hunter x Hunter: Yûzô Satô’s Phantom Rouge – Rating: 12
Kurapika became a Hunter to avenge Genei Ryodan, who had massacred his clan and stolen his eyes. The eyes of the Kuruta clan become scarlet at times of danger or emotional turmoil, considered the most beautiful treasures in the world. Kurapika continues to chase after Genei Ryodan, but a stranger steals his eyes. With the help of Gon, Killua and Leorio, Kurapika’s life was saved. However, Genei Ryodan appears before them and stands in their way. The true identity of the one with the No. 4 Spider tattooed is about to be revealed.

Hunter vs. Hunter: The Last Mission by Keiichirô Kawaguchi – Rating: 12
In the midst of the Battle Olympia, a tournament that brings together the Celestial Arena floor masters to decide who will be on top, a new threat comes up. The descendants of a group that was the Hunter Association’s hidden face take over the Celestial Arena and demand the publication of all secret missions performed by them under the Association’s orders. Its leader, an old acquaintance of the President, wants the end of all Hunters and has a power that was thought to be extinct, the On.

Popin Q / by Naoki Miyahara – Rating: Free
The story unfolds around five girls concerned about their daily lives. They met in a fantasy world after a certain incident. In this world they learn about the impending crisis that the world will face. The only way to avoid this crisis is to collaborate and unite your five hearts through dance.

Satoshi Kon Tokyo Groomsmen – Rating: 12
Hana, a former drag queen; Gin, a former alcoholic cyclist and Miyuki, a runaway teenager, are three homeless people who in their tumultuous existence find an abandoned baby on Christmas Day. The three then decide to go on pilgrimage to solve the mystery and find the child’s parents before the new year arrives. During the search, they come across hidden facts about the past that they are forced to confront and at the same time learn to face the future together.

Satoshi Kon’s Paprika – Rating 14
In the near future, Dr. Tokita (Tôru Furuya) invents a powerful device called DC-Mini, which makes it possible to access people’s dreams. Her colleague, Dr. Atsuko Chiba (Megumi Hayashibara), a psychotherapist and leading researcher, develops revolutionary psychiatric treatment from the device. But before its use is sanctioned by the government, the DC-Mini is stolen. As several of the lab researchers begin to go crazy and daydreaming, Atsuko takes on his alter ego, Paprika – the “dream detective” – to dive into the world of the unconscious and find out who is behind the tragedy.

Hayao Miyazaki’s Windfall – Rating: 10
Jiro Horikoshi lives in a country town in Japan. One day, he begins to wish to fly on a bird-shaped plane. From this desire, he decides that building a plane and putting it in the air is the goal of his life. While searching for his dream he meets Naoko, a charming young woman he falls in love with. However, something horrible happens and the couple’s future is threatened.

The Sky Crawlers: Forever from Sukai kurora – Rating: 12
A group of eternally young fighter pilots, known as ‘Kildren’, experience the sudden loss of innocence when they have to fight the enemy in frightening air battles. Intensive flight training is the only childhood memory of fearless teenage pilot Yuichi, in whose life air battles coexist with the struggle to find out more about his forgotten past. When Suito, his beautiful commander, is reluctant to discuss the fate of the pilot Yuichi is replacing – or the strangely perfect condition of the pilot’s plane – Yuichi’s curiosity piques even more.

Pokémon The 2000 Movie by Kunihico Yuyama – Rating: Free
Ash and his friends are visiting Shamouti Island, the center of Orange Island culture. At this time, there is the annual festival in honor of the “chosen one,” whose legends say it will save the world when Lugia’s song is not enough to calm the legendary birds. During the festival comes Lawrence, the “Pokémon Collector” whose goal is to capture the legendary birds and obtain the most valuable Pokémon, Lugia. Legendary birds manage to escape, but they are out of control, causing massive destruction and drastically altering the planet. At this very moment comes Lugia, the guardian of the seas! Will Lugia be able to calm the wrath of the legendary birds? Will the fate of the world be in the hands of the “chosen”?

Pokémon 3: Kunihico Yuyama’s Unown Spell – Rating: Free
Young Pokémon trainer Ash Ketchum and his friends set off for the beautiful Greenfield Mountain, where they must meet Unown, the most mysterious of all Pokémon. The reason for the search is that Unown has created a more thought-provoking dispute than any other Pokémon battle Ash has ever faced. But with the help of Pikachu, her friends Misty and Brock, and even Team Rocket, Ash will still help orphan Molly break free from the mystical forces that keep her trapped in a dream world.

THE GUIDE informs its new address: