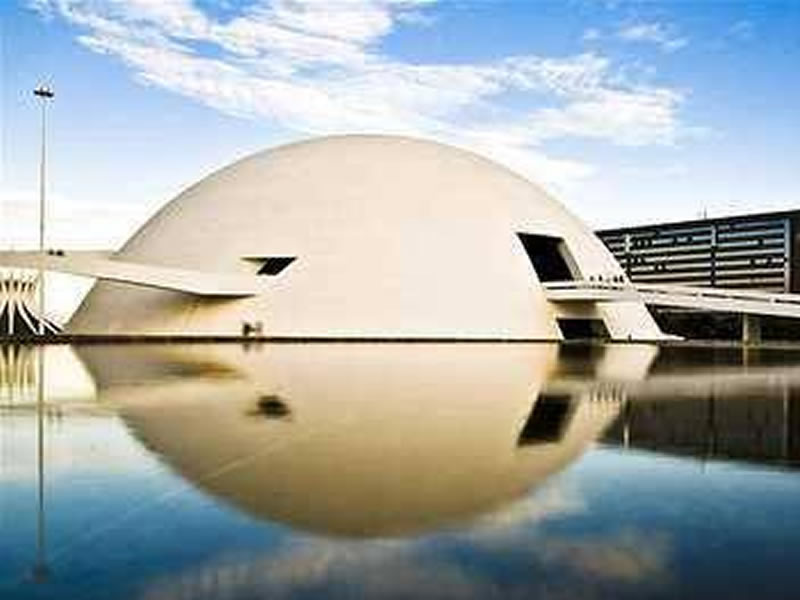 The exhibition  Doações 2019 ( Donations 2019) takes place until January 19th at the National Museum of the Republic in Brasilia.

The public will be able to visit, review or learn about works by artists who passed through the Museu Nacional da República (National Museum of the Republic) in 2019 and gave away pieces that are now part of the museum collection. They are works by the artists Yutaka Toyota, Sandra Mazzini, Ding Musa, Pedro Juan Gutiérrez, Gerson Fogaça, Lia do Rio, Nilce Eiko Hanashiro and Mila Petrillo, among others.

The National Museum is part of the Cultural Ensemble of the Republic. It is a space that inserts Brasilia in the international circuit of the arts and shows the best in Brazilian art. The space is one of the sights of the Brazilian capital and is used for traveling exhibitions of renowned artists and important topics for society, lectures, film screenings, seminars and important events. In this way, it contributes to democratic education through culture and activates tourism.

The Museu Nacional do Conjunto Cultural da República (National Museum of the Cultural Assembly of the Republic), designed by the famous architect Oscar Niemeyer, located in the Ministries Esplanade, was built exclusively with GDF resources. The Cultural Set of the Republic, made up of various cultural facilities, includes mainly the National Library and Museum, designed by Lucio Costa and planned since the late 1950s.

According to the designation of the Brasilia Pilot Plan Report1, prepared in 1957 by Lucio Costa, the National Museum was built to integrate the Southern Cultural Sector of the New Capital. Completed in 2006, the National Museum represents an architectural synthesis of the high modernity that makes up the Esplanade monuments. Its construction began in 1999 and its inauguration took place on December 15, 2006, with an exhibition about Oscar Niemeyer’s work.