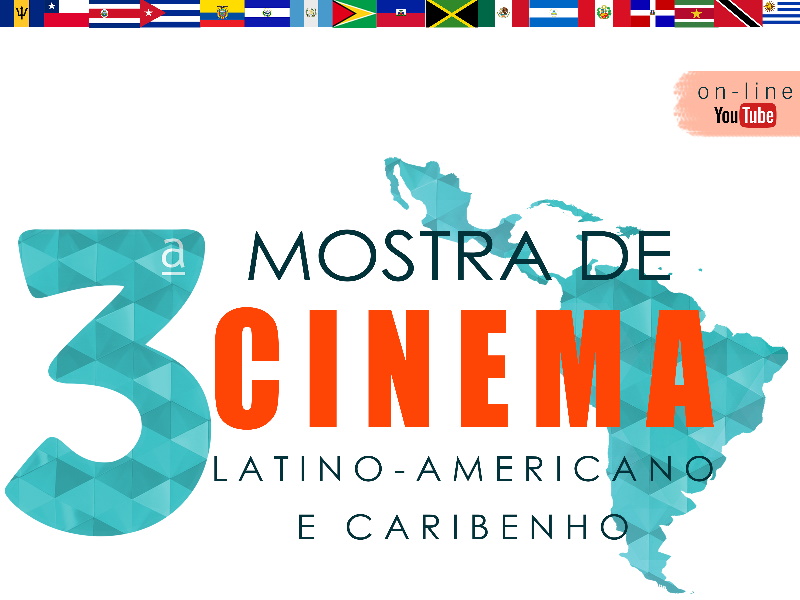 From Wednesday, July 1st, to Monday, July 6th, the Third Latin American and Caribbean Cinema Showcase, online edition, will take place. The program shows the cultural richness of the region in twelve films.

The Group of Heads of Mission of Latin America and the Caribbean – GRULAC, promotes, for the third consecutive year, the Latin American and Caribbean Cinema Exhibition. From July to 6th, the cinema showcase, which will be held on a virtual basis, will use the YouTube online video sharing platform, through the group’s official channel, GRULAC BRASIL.

The activity is part of the Group’s public diplomacy projects and seeks, through cultural events, to give visibility and promotion to the values ​​and characteristics of the societies and people of the Group’s member countries, in addition to presenting the work of Latin American and Caribbean filmmakers to the public, in particular, to introduce lesser-known regional cinema segments

The program has 12 films that will provide, among dramas, comedies, real life stories and many other interesting themes, a varied proposal of themes that emphasize the cultural wealth that the region has, to be enjoyed in 6 days, through links that will be shared through social networks for public access and fully subtitled in Portuguese.

The show has the support of the Distrito Federal’s Department of Culture and is dedicated to the celebration of 60 years of Brasilia. It guarantees a cinematic experience that not only brings new things, but meets the demands that the current world asks for when being presented with a virtual environment, an experience which will offer the opportunity for everyone to enjoy this show that is increasingly consolidated.

Original title: Serpiente Emplumada
Director: Ricky López Bruni
Country: GUATEMALA
Year: 2018
Length: 94 Minutes
Genre: Full length documentary
Synopsis: Will the Quetzal Ave symbol of Guatemala survive the destruction of its habitat?
Throughout the centuries, the Quetzal has survived, from its mythological symbolism in the Mayan Pantheons, to the fragile species that today inhabit the cloudy forests of Guatemala and Mesoamerica. Nowadays, humans put their habitat at risk, disturbing their ecological corridors, cornering the quetzal that has been witness to other species that have disappeared from these forests.
In SERPENTE EMPLUMADA, international archaeologists, historians, musicians and biologists share with the viewer their point of view and knowledge about mysticism and the sacred meaning of the greatest deity of the Mayan culture. The knowledge shared in SERPENTE EMPLUMADA allows us and future generations to understand the great value of preserving the cloudy forests.

Original title: MAUCHOS
Director: SEBASTIAN MORENO E RICARDO LARRAIN
Country: CHILE
Year: 2011
Length: 57 minutes
Genre: Documentary
Original language: Spanish
Sinopse: Documentary about the tragedy caused by the February 27, 2010 earthquake in the city of Constitución. Revealing the long and difficult process faced by the “mauchos”, inhabitants of the Rio Maule basin, in confronting and rebuilding their homes, streets, schools and most importantly, their souls.

Title in Portuguese: Com meu coração no Yambo
Director: María Fernanda Restrepo
Country: Equador
Year: 2011
Length: 137 minutes
Genre: Documentary
Original language: Spanish
Synopsis: The documentary deals with the disappearance of the Restrepo brothers, which occurred on January 8, 1988, which was declared a state crime. The film is based on the memories of María Fernanda Restrepo, the younger sister of Carlos Santiago, 14 and Pedro Andrés Restrepo Arizmendi, 17, who were murdered by the National Police.

Original title: Doyenne
Director: Leonardo Solano Moraga
Country: Costa Rica
Year: 2019
Length: 95 minutes
Genre: Full length documentary
Original language: Spanish
Synopsis: Doyenne is a documentary feature film that explores the condition of women in sport. The film is a celebration of women in the sports space, not because they are women, but because of their high performance as athletes, or as their definition indicates, for these “doyenne”: the best and most prominent in their respective performance fields. Doyenne is a film of triumph, despite the constant battles lost and the continuous struggle to achieve equity and respect, and the difficulties they face on a daily basis due to their ethnic, economic conditions and, above all, to insert themselves in stereotypically male spaces.

Title in Portuguese: Fogo na Babilônia
Director: Stevan Riley
Country: United Kingdom
Year: 2010
Length: 83 minutes
Genre: Documentary
Original language: English
Synopsis: Tracing the glorious hegemony of the West Indian cricket team in the late 1970s and 1980s, this film describes how a bat and a ball were more effective than gunfire in the battle against racial injustice and the struggle for black rights. The story is told by men who were there – like Viv Richards, Michael Holding and Clive Lloyd.

Year: 2014
Length: 1h 18min
Genre: Romantic Comedy
Direction and script: Germán Tejeira
Production Company: Raindogs Cine (Uruguay) /El calefón cine (Argentina)
Cast: Marcel Keoroglian, Daniel Melingo, Roberto Suárez
Countries: Uruguay, Argentina
Music: Bruno Boselli, Gastón Otero, Daniel Melingo, Tom Waits, Lucas Sugo
Synopsis: On New Year’s Eve, three lonely characters cross their paths in a small town in the interior of Uruguay. César (Marcel Keoroglian) is a divorced man who plans to have dinner with his ex-wife’s new family to retake the love of his little daughter. Antonio (Roberto Suárez), a magician, tries to reach the venue to present his show, but his car breaks down on the way and he meets Laura (Elisa Gagliano), a woman who works at the toll station. Miguel (Daniel Melingo), a singer, prepares his musical comeback at the center of the community for the New Year. The three paths can change the fate of the characters.

Original title: The Black Creoles
Director: María José Álvarez y Martha Clarissa Hernández
Country: Nicaragua
Year: 2011
Length: 93 Minutes
Genre: Documentary
Original language: English
Synopsis: An ethnographic film that informs, through historical brushstrokes, the legacy of blacks to the Nicaraguan Caribbean and the training of Creoles. Human geography that reveals ancient survival practices. Stories of everyday life, which shows the cultural particularities and ancestral traditions of the inhabitants of the different communities, their worldview, memories, customs, identities, challenges, as well as their relationship with the Caribbean.

Original title: Inocencia
Genre: Fiction based on real facts.
Length: 121 Minutes.
Country: Cuba.
Director: Alejandro Gil Álvarez.
Year: 2018
Original language: Spanish
Synopsis: Cuba, November 1871. First-year medical students are arrested on an unjust charge, but only eight of them will fall victim to an unexpected result. After sixteen years in which Fermín Valdés Domínguez, a friend and cellmate of the victims, struggles to prove the innocence of these young people, a new clue brings him closer to the key that would reveal the hidden truth. A story that will reveal Fermín’s tireless investigation and the shocking events that led to Havana’s most dramatic and sensitive events in the 19th century. The film is based on real facts.

Original title: THE WORLD AT THEIR FEET (FUTBOL MEXICO 70)
Director: Alberto Isaac
Country: México
Year: 1970
Length: 95 Minutes
Genre: Sport documentary
Original language: Portuguese
Synopsis: Many experts, historians, football players and fans agree that the World Cup in Mexico 70 is one of the best (if not the best) in history. Figures of the stature of Pelé, Beckenbauer and Teófilo Cubillas stepped on the Aztec soil. The fans turned to the stadiums. The game that would be the match of the century was played on the field of the Azteca Stadium. The Brazilian soccer team that participated in the World Cup in Mexico 70 is considered one of the best Brazil has ever had.