Explore many French and African films from the comfort of your home. 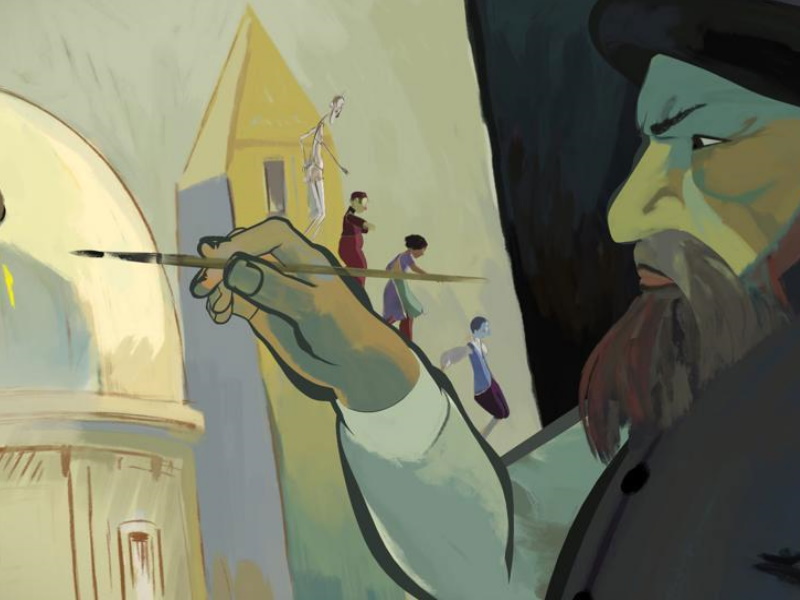 Many cinemas around the world are still closed. Thanks to the Institut français, discover 11 short and 10 feature films, both French and African, with subtitles. Animations, fiction, documentaries and films for younger audiences: live the cinema experience from home!

Between June 12 and July 13, 2020, 10 French and African features and 11 shorts will be available online, for free via their website, no registration required.

You can watch the films at: https://ifcinema.institutfrancais.com/fr/alacarte

Synopsis: Benoit, the new kid at school, is bullied by a gang of arrogant boys. Determined not to be pushed around, Benoit organizes a big party, but only three students turn up. What if this bunch of losers was to be the best gang ever?

Synopsis: In hard times, a miller sells his daughter to the Devil. Protected by her purity, she escapes but is deprived of her hands. Walking away from her family, she encounters the goddess of water, a gentle gardener and a prince in his castle. A long journey towards the light

Synopsis: A teen-movie documentary, Swagger carries us in the midst of the astonishing minds of eleven teenagers growing up in one of the most underprivileged neighborhood in France. Despite their life difficulties, Aulnay’s and Sevran’s kids have dreams and ambitions. And no one will take that from them!

Synopsis: Good Kenyan girls become good Kenyan wives,” but Kena and Ziki long for something more. When love blossoms between them, the two girls will be forced to choose between happiness and safety.

Synopsis: A chateau, flowering gardens, a threatening forest, here is what, for mysterious reasons, a Painter has left incomplete. Three kinds of characters live in this painting: the Toupins, who are entirely painted, the Pafinis, who lack a few colors, and the Reufs, who are only sketches. Considering themselves superior, the Toupins take over power, chase the Pafinis from the chateau, and enslave the Reufs. Convinced that only the Painter can restore harmony by finishing the painting, Ramo, Lola, and Plume decided to go looking for him. Throughout the adventure, questions will follow one after the other: What has become of the Painter? Why did he abandon them? Why did he begin destroying some of his paintings? Will they one day know the Painter’s secret?

Synopsis: Two worlds colliding for the best. The children of Phnom Penh scavenging the dump-site to survive and a recently retired couple discovering Cambodia. This is the extraordinary human story of Christian and Marie France and how they changed the lives of more than 10,000 kids over 20 years. For a Child Smile is born.

Synopsis: Jacques Arnault, head of Sud Secours NGO, is planning a high impact operation : he and his team are going to exfiltrate 300 orphans victims of Chadian civil war and bring them to French adoption applicants. Françoise Dubois, a journalist, is invited to come along with them and handle the media coverage for this operation. Completely immersed in the brutal reality of a country at war, the NGO members start losing their convictions and are faced with the limits of humanitarian intervention.

Synopsis: It’s the 80s rail service system, and the train is the only means of transport from the outskirts. A couple – BOI (Adjetey Anang) and ATSWEI (Lydia Forson) is bent on delivering their first baby in Akete but misses their first train. A wrong decision finds them in the middle of nowhere. Will they make it on time for the delivery, or, risk losing the baby and mother?

Samir, a lanky forty-year-old crane operator in Montreuil, on the outskirts of Paris, falls madly in love with Agathe. As she is a swimming coach at the local pool, he decides to take lessons with her, even though he is a perfect swimmer. His ploy to get closer to her only lasts three lessons – Agathe hates liars! Selected to represent the Seine-Saint-Denis region at the 10th International Congress of Swimming Coaches, Agathe flies off to Iceland. Smitten, Samir has no other choice than to follow her…

Synopsis: Emilie is a bright young workaholic manager in Human Ressources, working for a huge French agro-food company. Ambitious and dedicated to her job, she is a good soldier, ready to put ruthless methods of management into practice to meet the higher-ups’ requirements. But, one day, one of the employees commits suicide at the company in front of her. Afflicted by the terrific death of her colleague, she will eventually realize that the company has to take its responsability too. While an investigation in underway, stuck between her traumatized colleagues and under pressure of a powerful hierarchy, she will have to get by on her own.

“The Elephant And The Bicycle” by Olesya Shchukina (Young Audience; 9min)
Available Subtitles: None, the film doesn’t have dialog;

Synopsis: An elephant lives in a town among people and works as a street cleaner. One day, he sees a big billboard advertising a bicycle. It seems the perfect size for him! This is the minute the elephant’s life changes : he has to get this bicycle whatever it costs him.

“In a cage” by Loïc Bruyère (Youth Audience; 6min)
Available Subtitles: None, the film doesn’t have dialog;

Synopsis: it’s the story of an encounter: a caged bear who can’t sing meets a little bird who can’t fly but who can sing beautifully. Their friendship will be mutually beneficial and together they will overcome their disabilities.

Synopsis: Papa Nzeu is convinced that you always need someone smaller than yourself. To demonstrate this, he embarks on a fantastic story: in a dark forest, a witch kidnaps a group of women, as well as a little girl, Malika. Will he manage to get them out of there?

“The sense of Touch” by Jean-Charles Mbotti Malolo (Animated Drama; 14min)
Available Subtitles: None, the film doesn’t have dialog;

Synopsis: Chloe and Louis are deaf and mute. They are secretly in love but they don’t admit it. Their gestures substitute for words. They dance, each word is choreography. One evening, Louis decides to invite her for dinner. But, when she arrives, he realizes that she brought two lost kittens. He chooses to ignore his extreme allergy to cats, but it is very difficult for him to relax.

Synopsis: Denied the authorization he needed to film in Sénégal under the colonial administration, Viera decided to film his first short feature in Paris. The film recounts the life of African students in Paris, their encounters and the nostalgia they felt far from their native land.

Synopsis: In a country where people literally feed on letters from words gathered in trees, reading is vital not to die… of boredom. Some books, however, are forbidden because of their emotional content and the physical changes they cause. Nadal, a wordcutter, makes an encounter that is to change his life forever…

Synopsis: Sumertime. Charlotte works for the South highway toll and trains for the amateur football match which her sister Nath organises.

Synopsis: Far from the standard fisheye lens images of skateboarders gliding over perfectly smooth concrete skate parks, The Modern Skateboarding shows us a group of skaters who think nothing of riding through mud in the atypical and unconventional skating ground of the French countryside. Somewhere between fiction and documentary, this contemplative video follows a group of skater-farmers into the remotest parts of the Dordogne region.

Synopsis: Nineteen-year-old Léo dreams of only one thing: to be the coxswain onboard the Huit, the leading boat of the rowing world. But he is far from the only person wanting this position. To convince the inflexible coach, Léo must surpass himself for his last bout of training.

Synopsis: Jully, a 14 years old teenager girl with a sturdy character and captain of her city’s basketball team, is struck by the tragic car accident of her parents. Overnight, she is placed in a foster care with her little sister Charlie. Jully prefers to hide the truth from her friends, and she is going to learn how to integrate herself and overcome her anger and sadness. Basketball will be the key for her adaptation that seems impossible.